Writing a Novel alumna Ania Bas on writing the main character of her debut novel, published earlier this year

When I was figuring out the character of Gosia Golab, I knew I wanted her NOT be someone who had all these feel-good qualities of a ‘good woman’ – hospitable, smiley and broadly approachable with the choking aura of ‘what can I do for you?’.

At that time I was a bit sick of female characters who jumped out of the page and begged readers to love them from their first action. I was keen on someone complex, nuanced but also prickly, full of contradictions and with a bad, dark past. So I created one I was happy with: a young woman, whose life is not going to plan, who is stuck in a boring job with no prospects and whose private life is a string of disasters that she is trying to forget.

Odd Hours was not an easy book to find a publisher for; although many editors were keen on a character with a mundane job and everyday concerns, they were less keen on someone that deeply flawed as the main driving force for the book. I persevered in my belief that there must be other people who want to read about less-than-perfect women and was rewarded with finding Rosa Schierenberg as my editor – she fell in love with Gosia and embraced all her spikes.

Another interconnecting aspect is gender. In my opinion, we cut female characters far less slack and when they transgress and act outside of societal norms, we are suspicious of them and like them less. There is more expectation of women to be nice, hospitable and attentive, so when a character is none of these things we immediately are on high alert for a ‘bad woman’, someone to observe from a distance and be wary of.

I try to write honest characters who speak their minds and express their thoughts with little filter. That honesty seems to translate into qualities that some readers recognise in themselves, thoughts that passed through their brains, feelings they were shaken by. I don’t write while thinking, ‘this needs to be controversial’, I concentrate on writing in a direct and open way. I think that the majority of people at some point in their life have done something stupid, mean or pointless and that people have had distressing experiences that made them angry, fearful or furious. I give shape to these situations and feelings. It may read as uncomfortable fiction, but I hope it touches readers and connects them to the characters in a deeper way.

I’m personally very interested in what I perceive as a separation of body and mind, both in life and in fiction, so I actively seek ways to bring into text sweat, imperfect skin, body hair and bodily smells. This focus on body can contribute to unlikeable characters. I think we still operate in a society where body image is tightly controlled and anything that spills out of the norm is seen as a problem. 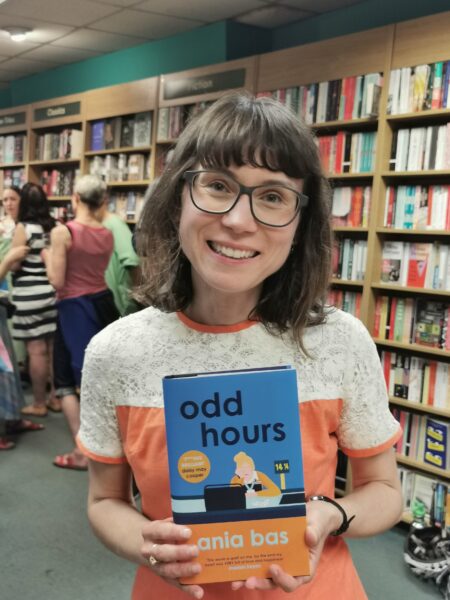 There seems to be an assumption that the main character of a debut novel is a version of the author. I do share a lot with Gosia Golab but I am not Gosia and Gosia is not me. I’ve lived for long enough to observe and absorb life around me and build the worlds I write about from materials more diverse than my personal life story. I actively and unashamedly eavesdrop on other people’s conversations. I spend a fair amount of time people-watching and pay attention to small things: how people move their body, what they do with their voice, how they look, how long it takes them to reply to a question. I love listening to people’s stories, enjoy random chats on public transport and in cafes. I don’t conduct these conversation with an aim of ‘extracting’ anything from other people, I think storytelling is part of being human and being alive. But all of it definitely helps me to put myself in other people’s shoes and develop diverse perspectives and diverse characters.

Odd Hours is full of diverse characters and many of them, just like Gosia, are showing us their bad sides first. When working on characters that are very much unlike me, I do my best to learn about the communities they belong to as it is easy to fall into clichés and propel further well-established prejudices. Sometimes that means for me reading specific books, articles, online forums, watching films and documentaries. Sometimes it means that I am having open conversations with people who belong to these communities. Although this can be tricky as people can feel like all of a sudden they are asked to represent an entire group of humans, when what they really know is their own personal experience. I was lucky to have advice and insight from friends who helped me shape characters in my novel but I know it came at personal cost to them. My questions and my writing made them uncomfortable because prejudice I carried within me was evident on the page and they had to call me out on that. Not an easy feat and not a pleasant thing to do either. I am grateful for what they have done for me, for the book and for Gosia.

I’ve recently finished the first draft of my second novel and this time around it is not one but four female protagonists, each with a certain dose of prickliness. It is a story of power and entitlement set in an administrative wing of the art world and I am very excited for this new world that I have built while trying to hold on to a thrill for Gosia and the characters that surround her.

What I have learnt is that you have to keep your books and book ideas alive simultaneously – while being excited about the new book I am working on, I need to keep a chunk of my mind for Gosia and her crew, because that book is out now and that’s what people want to talk about. Gosia is living her independent life on pages of a published novel, her prickly ways available to all at just £12.99. 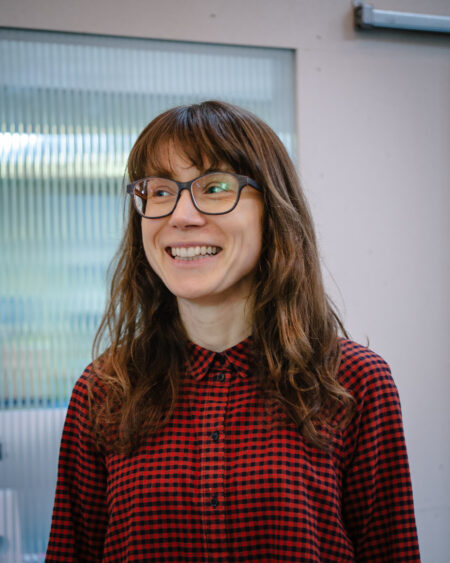 Ania Bas grew up in Poland and moved to the UK almost twenty years ago to pursue a career in the arts. She has worked with Tate, Whitechapel Gallery and others as an artist and arts organiser. Ania is an alumna of our Writing a Novel course. She lives in the Midlands with her family.

Odd Hours is out now, published by Welbeck and available from all good bookshops. Buy it from Waterstones here.