The Three Steps of a First Draft

As an author who is lucky enough to do the odd panel, I get asked a lot of questions about how I got started. I completely understand why. Only four years ago I was a student at the Faber Academy, and Colette McBeth was answering the exact same question (in fact, I may have been the person to ask it). I was mesmerised by what she said, fascinated by her journey, and as I sat in the audience, listening to how she believed a first draft shouldn’t be perfect, I let myself dream of the day I would have my own story to tell.

Now I’m working on my sixth novel after being picked up by HQ two years ago. 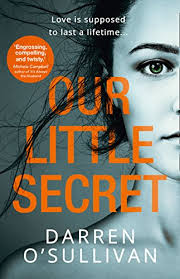 The journey from then to now hasn’t been plain sailing: there have been a lot of rejections, tons of despair, and with my debut, Our Little Secret, I had to cut the best part of 70,000 words to rework it, even after an initial cull and rewrite. I literally have twice as many binned words as in the actual finished novel! It may sound pretty traumatic to have to throw away so much work, but in fact it’s been a blessing in disguise – and the most important learning curve for my writing process.

Now, when I begin a first draft, I go through three stages.

Before I write a single word, I work on who the story is about and I get to know them. After a week or so, I have a good idea of who the character at the heart of the book is – but at that point I don’t think about the hook or the twist or even what’s going to happen (or what has happened) to them. Instead I ask, What if? I throw situations at my characters; I drop them at the deep end of that situation and see how they react. A lot of the time the character begins to do things and say things I wouldn’t have considered.

This is, for me, one of the most important aspects of creating a story. Adding those immeasurably valuable two words to my thought process removed the crushing doubt and allowed me to have fun (well, as much fun as a person can have after cutting 70,000 words of course). In the What if lives endless possibility, unlimited creation, a universe of avenues to explore and new situations to develop. And it removed my super ego – because how can you be definitively right in a world with so much possibility?

And from that initial What if, I begin to write, building the scene and the world the character is in, until I hit a dead end. Then another What if usually kicks the story along. In my fourth book, Dark Corners, which is coming out in April 2020, I knew before I began to write that Neve Chambers had a secret she had been holding onto for over twenty years. But I didn’t know what it was. I knew she had moved away from where she grew up and lived in London, but I didn’t know why. I knew she had a challenging relationship with her father. But I didn’t know what had caused it. Then I asked the question. What if she had to go back to the village she fled when she was younger? What would happen? What if she hadn’t been back since the day she left, and what if the place she fled was so small, so wrapped up in its past, it hadn’t forgotten how she’d abandoned them in their time of need?

Once I had asked these questions, I wrote them down where I could see them, so I could reference them whenever I was building a scene.

Get it on the page

After the What if, the second part of my process is about getting the story down. I try to have an idea where I want to go, a few notes made in my journal, but it’s not essential. What is essential is to get it down on paper. I write breathlessly and my first drafts are scrappy. But that’s okay (thanks, Colette). Character motivations aren’t always clear, the plot will have holes everywhere. But at the start this doesn’t matter.

I aim to write the first draft in ten weeks. Some days I get to write from 9 a.m. until 3 p.m. Some days I have to write a bit in the morning, and then again once my little one is in bed for the night. But ten weeks is the target – it’s quite quick, I’m aware, but if you break that down, it’s just 1500 words a day, six days a week. All that matters is getting it down, getting it out of my head and asking the thousand What ifs along the way.

I lay out what I have on my office wall, using post-it notes to colour code the POV; plot points, as they are; and the questions I have yet to find the answer for. Then, the real work begins as I try to turn the messy, issue-riddled story into something a reader might enjoy. What I don’t do in this first draft process is get in my own way. I don’t stop when doubt tells me it’s shit. I don’t realise the plot is sticky and try to fix too soon. I focus on the only thing I can control at this point, which is the act of being at my laptop, putting down the words. Sure, a lot of the words won’t be the right ones but don’t they say, don’t get it right, just get it written? 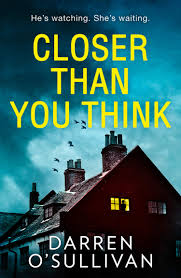 I often find it’s only once the first draft is done that I truly understand what I’m trying to say. For example, in my third book, Closer Than You Think, it wasn’t until I finished the first draft that I understood quite how close the killer was to the protagonist at all times. This detail wasn’t in my plan, and I didn’t know it was happening until the conclusion was wrapped up. Knowing this altered how I understood the story I was trying to tell, and consequently became a hugely powerful thread within the book. So once the first draft is down, I begin again.

I read the story out loud, a red pen in one hand, a green in the other. The red cuts the repetition and pointless words, the green is used to find the places where I can answer the questions I’ve posed for myself and add new details I can only see when I hear it spoken.

And once I’ve completed my three phases, I hand it in, to begin again with my What ifs once my editor has made their comments.

But there’s also the fourth – and most important – step.

Protect the love of writing

Writing a book, as we all know, is bloody hard. It’s a sometimes insurmountable summit and although I’ve condensed my process to a three step guide, there are dozens of side steps and backward steps. There is research and waking up in the middle of the night with ‘incredible’ ideas that turn out to make no sense once morning comes. There are sales figures and reviews and deadlines. It’s hard. But I make it a daily practice to remember my time before I was a published author, when I was sat at the Faber Academy, scribbling down every piece of information my tutor and other authors shared.

I make it a daily practice to remember the reason I write. I didn’t want a six figure advance (in the beginning, I didn’t even know authors could get six figure advances!). All I wanted was to tell a story, finish it, and feel empowered to try and tell another. When no-one cared about my books, when I had no deadline, no reviews, no sales figures, I wrote because I loved it, and I protect that feeling every single day.

And that, for me is the most important part of writing a book. I remind myself how much I adore writing. And that way, the 90,000 new words I need to produce in a new world I have dreamt up doesn’t seem so hard a mountain to climb. 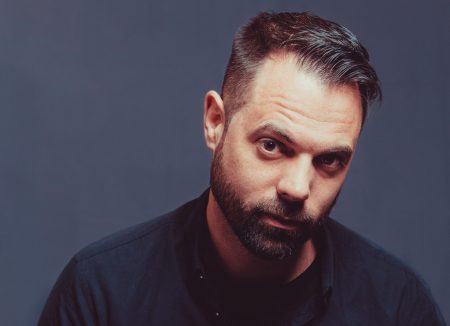 Darren O’Sullivan is the author of three bestselling novels: Our Little Secret, Close Your Eyes and Closer Than You Think. His fourth novel, Dark Corners, will be published next April. He’s represented by the Madeleine Milburn Agency. Darren is a graduate of our Writing A Novel course.