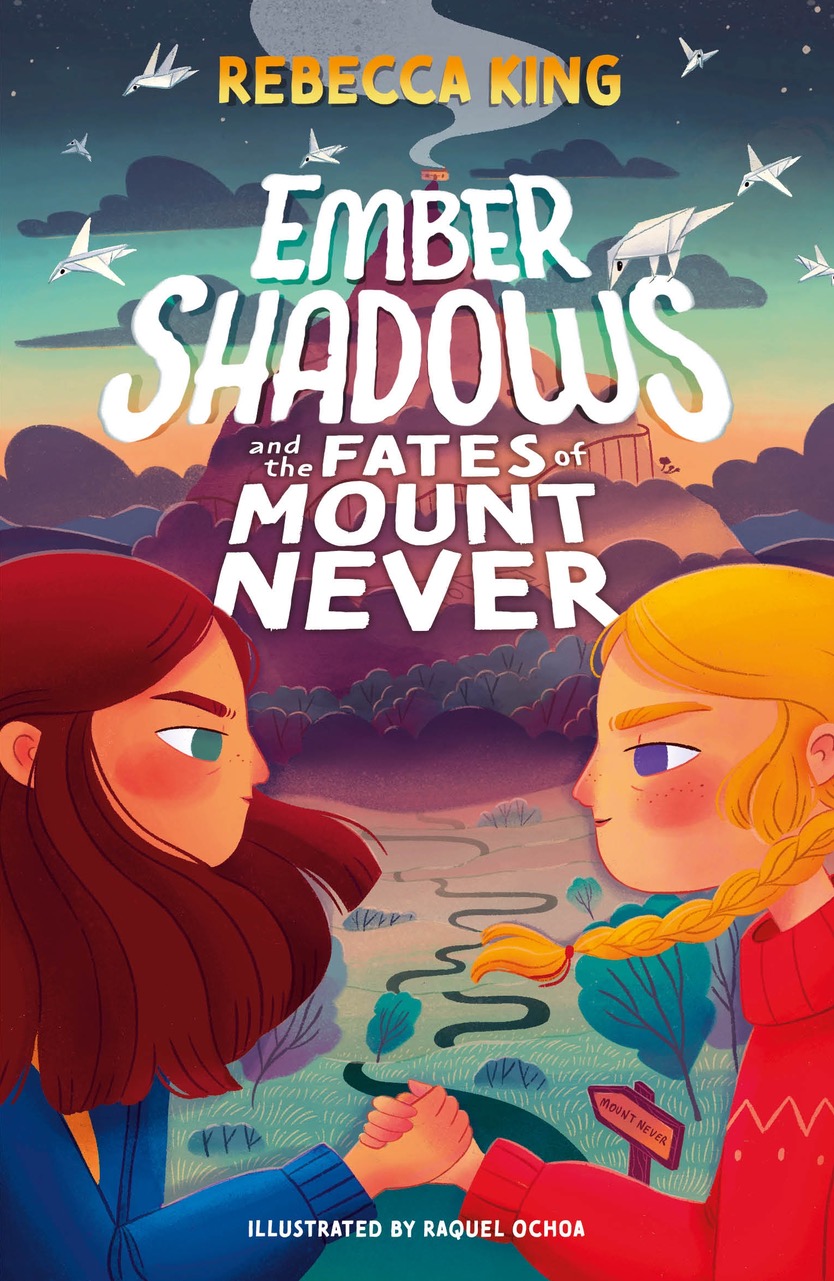 When you’re in the midst of that early draft, desperately getting the story down on paper, it can feel as though the idea was summoned from nothing. Only when it’s finally polished and ready to go is there the space to reflect on all that inspired it.

Ember Shadows and the Fates of Mount Never was always intended to be an adventure story. Growing up, I was obsessed with finding new worlds to explore and adventures to have. My favourite book as a child was Inkheart by Cornelia Funke. I remember it was the first time I had felt so obsessed with a book that its world felt like an extension of my own reality. It’s the sort of story I dream of writing, and the feeling I want my reader to experience. Whenever I sit down to write, I think of Inkheart, hoping it will inspire me to imbue that feeling into my own writing.

From the beginning, I knew that Ember’s story had to have an exciting quest, a truly magical setting, and a host of fun and intriguing characters. The problem was, while the story began with a strong premise, I didn’t have a plot. All I knew was that a girl would receive a white card detailing her future, and then she’d be off on an adventure up a magical mountain to change her destiny.

With so much story left undecided, I turned to books, as I always do. 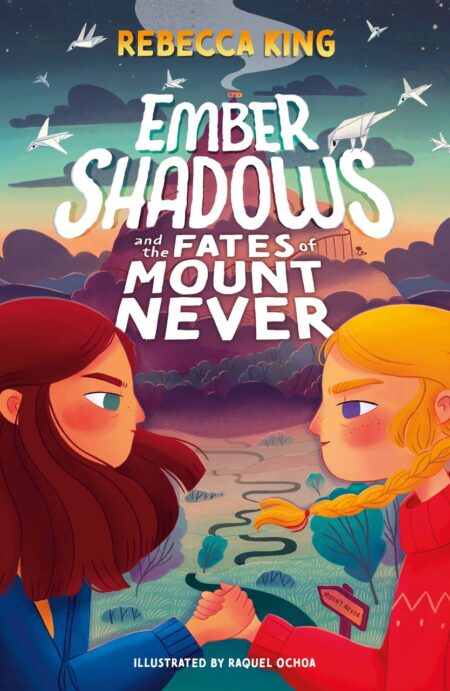 For a long time, Ember was alone in her battle with fate. She was the only one affected by a blank fate card, and this catalyst moment never felt strong enough. I knew she needed a friend and she needed a deeper trigger to force her to climb the forbidden Mount Never. Around this time, I discovered Kiran Millwood Hargrave, now one of my favourite authors, and her book The Girl of Ink and Stars.

Her protagonist, Isabella, is motivated by the disappearance of her best friend Lupe, and that love and friendship is what drives her throughout the book. I knew Ember needed a friend like this, and so her sister was born. This sibling relationship gave that intense love and sense of responsibility that Ember needed, so when her sister’s card destines her for a childhood death, Ember has no hesitations about climbing the mountain.

But it was important for Ember to have her own desires and dreams as well. I had just finished reading The House With Chicken Legs by Sophie Anderson when I began writing Ember’s story. Marinka, the book’s protagonist, feels trapped by her destiny and it was something I revisited, paying close attention to how the author conveyed this to readers. I wanted Ember to be likeable, with talents and personality, without feeling too stubborn or entitled to a new future. Marinka was a fantastic example of this, a girl who makes mistakes along the way as she strives for something more.

Sophie Anderson’s writing also gave me the confidence to bring the bizarre into the story. While I was imagining the different realms on Mount Never, self-doubt began to creep in; were these realms too strange? Was it too much to ask my readers to embrace such odd settings? But Anderson’s incredible house with chicken legs, taken from an old folk tale, gave me the confidence to continue, knowing that children would enjoy the strange and fantastical worlds, despite their oddness.

While I didn’t read it during the writing of Ember, it would be impossible not to mention Lewis Carroll’s Alice in Wonderland at this point. So many early readers have compared the dream-like nonsense atmosphere of Mount Never to Wonderland, and I was no doubt inspired by the book. I’ve long been a fan of the Mad Hatter and the complete mishmash of characters. Many readers find the classic infuriating as it simply doesn’t make sense, but I find it brilliant – why can’t something be enjoyable despite its ridiculousness?

However, I didn’t want Mount Never to be quite as nonsensical as Wonderland, and so I made sure that each realm felt logical, to a point, and had its own rules. But I certainly drew from Wonderland in finding a creative freedom, allowing me to confidently write the mountain filled with rollercoasters, a library, and a forest of clocks.

Reflecting on what inspired Ember’s adventure, these books feel like significant milestones along the path. However, there are so many more incredible stories that I know have subconsciously found their way into Mount Never. As I work on the next instalment in the Ember Shadows series, I’m excited to see how my current reads will shape her next adventure. 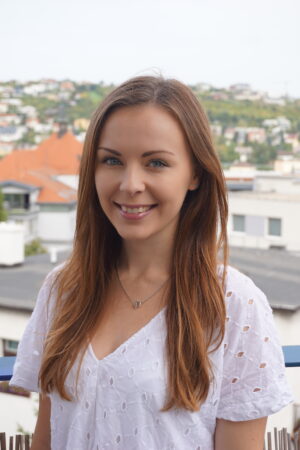 Rebecca King was born in Wolverhampton, but spent her childhood in Cheshire. She studied Journalism at the University of Portsmouth, and has worked as a reporter and a primary school teacher, including three years teaching in China. She now lives in Bratislava, Slovakia, with her partner and her Chinese rescue dog, Mushu.

Ember Shadows and the Fates of Mount Never was published by Hachette Children’s Group this week. You can buy it here, and follow Rebecca on Twitter and Instagram.

Rebecca is an alumna of our Finish Your Draft online course.