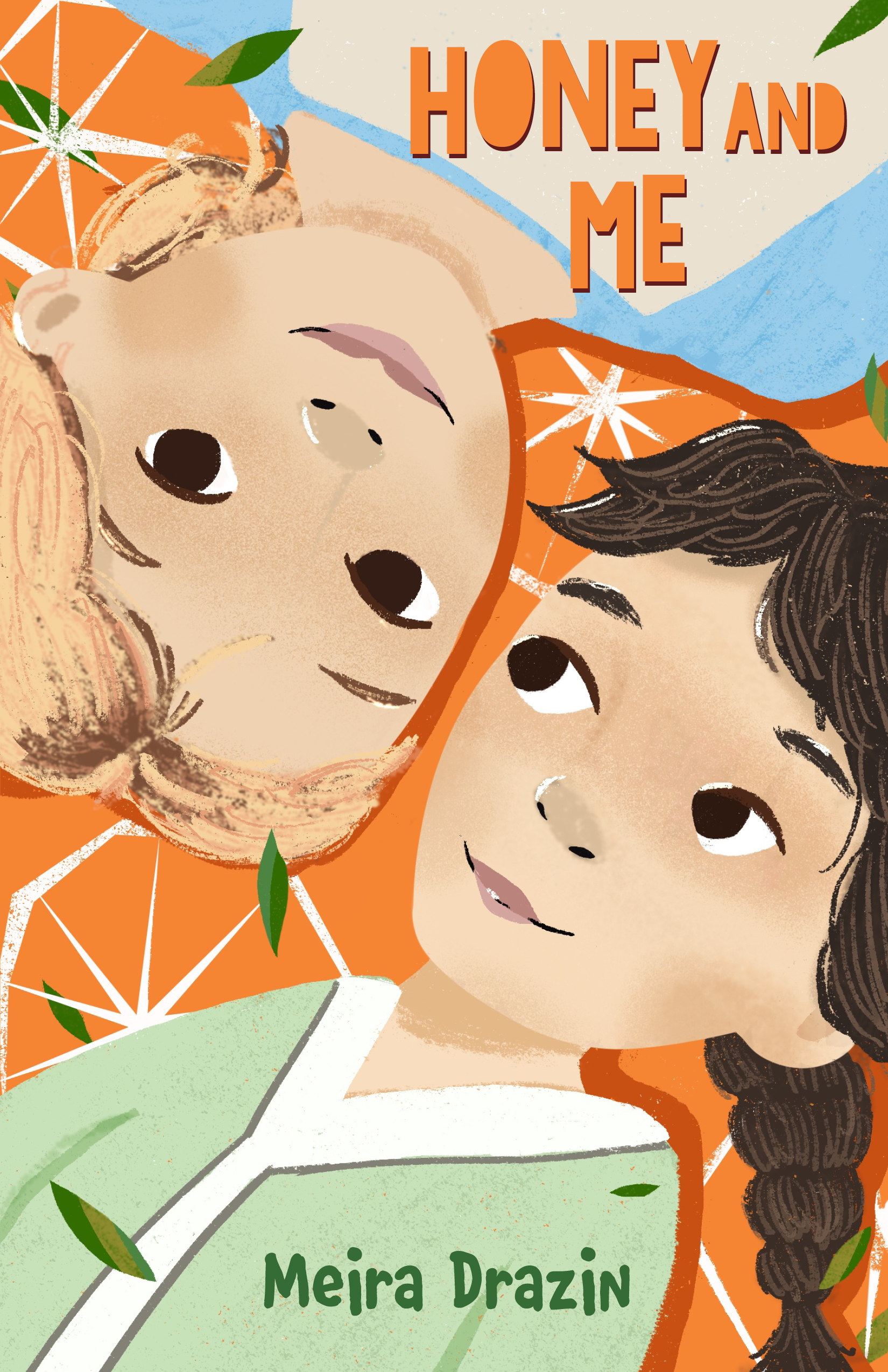 ‘Meira’s writing is so shiny, there’s nothing slubby here,’ I vividly recall the Writing a Novel tutor saying when it was my turn for my work to be critiqued.

It should have been a compliment, but it was clear it wasn’t.

Indeed, I had polished my writing to a sheen. Each word flowed effortlessly into the next, the dialogue was natural, it was hard to pick apart because it had been seamed so elegantly together. Darn right, I’d worked my butt off to get it looking like that. The problem was, when taken as a whole, it was boring: the stakes were unclear, and in truth even I wasn’t sure what the story really was about. Nevertheless, after the showcase at the end of the course, I got an offer of representation from an agent.

… And I turned it down, asking them to wait until I had finished writing the whole novel. When I think about the urgency my classmates and I all felt about getting an agent, being on our way, getting published as immediately as possible (read: yesterday), it seems bonkers that I didn’t just say ‘yes please and thank you’ and sign on the dotted line.

But I was afraid of being locked into a relationship with an agent I didn’t feel one hundred percent comfortable with. Being an anxious, superstitious person, I was also wary of counting my chicken before it had hatched: what if I couldn’t finish the novel? What if the agent didn’t like what it looked like when I’d completed it? In retrospect, deep down I also wasn’t sure I believed in my story enough that even with multiple rounds of edits, upping stakes, and polishing, I would have something that felt as meaningful as a previous novel I had written that was sitting in my drawer but I couldn’t stop thinking about. That didn’t stop me from trying for an agent once I did finish. I queried many agents, and got many rejections.

Ultimately, the book that got me an agent and publishing deal was not the one I worked on while at Faber Academy. But what I learned in the six-month course at Faber Academy, both about writing and about the publishing world, gave me many of the skills I needed to give that set-aside book another go. Writing a new novel during the course and in the months afterward was like cross-stitching a sampler – yes, I wanted it to be beautiful, but in the end it was most useful for practising my stitches. And when I was done with it and got rejection after rejection, the writing complimented but with no one connecting to the story, I eventually made peace with the fact that I still didn’t really know what the story was about and what the stakes were. I couldn’t wrestle it into embroidery that had a purpose; i.e. a story readers would care about. And I was ultimately okay with that, and with putting it in a drawer – forever. I also sensed that the previous book in the drawer needed to be taken back out, because its story and characters were clamouring to get another chance. 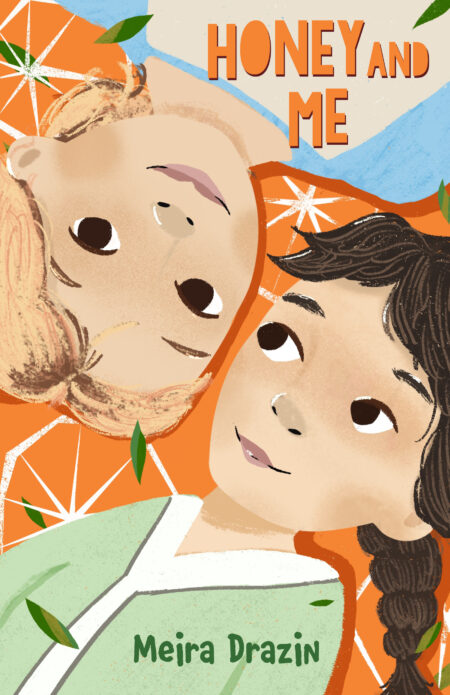 I’m so glad I did. I loved my characters and believed that there was room in the market and in readers’ hearts for their story. I knew there was nothing else like it out there – a contemporary realistic coming-of-age novel set in a Modern Orthodox Jewish community – and that there should be. After a big re-write I got offers from three fabulous agents and won a manuscript award that continues to reap rewards. While it certainly hasn’t been a short journey (I wrote the first draft of Honey and Me in the summer of 2012!) my dream of not only being a published author but of seeing my characters and story connect with readers of different faiths, ethnicities and communities – making them laugh and cry at shared humanity – has come true.

Some of the things I learned on the Faber course I hadn’t wanted to hear at the time. One visiting author spoke about how only something like thirty percent of their manuscript made it into their published novel. We were cautioned to only go with an agent that absolutely loves your book, not just one who thinks they can sell it. We were warned about perseverance and tenacity going right alongside craft when it comes to becoming a published author. Reader, it’s all truth.

I’d be afraid to venture a guess on how many words from my sold manuscript are in the published novel, but I think of it as a grown-up version of someone you knew as a child – it’s the same book, just wiser and more sophisticated.

That first interested agent? They later started spewing antisemitic comments on social media and then disappeared from agenting. Even if that hadn’t happened, the advice you hear about needing your agent to believe in you and your work couldn’t be more true. Better to have the agent that you are artistically simpatico with, who exactly gets what you’re trying to do (and hopefully has ideas, editorial ones included, about how to best achieve this) – and LOVES it – even if it takes a little longer to find them.

With regard to perseverance and tenacity, well, see above re: writing the first draft of Honey and Me in the summer of 2012.

My words of advice for anyone taking a writing course and wants to get the most out of it are this:

1. You want to show your best work, yes, but don’t rehash old material that’s already been critiqued to death just so that you can impress your classmates and the tutor. Use the time and opportunity to get feedback on something you’re not as sure about. Of course it’s nice to feel validation and that everyone thinks your writing is wonderful. But I’ve sat in plenty of book clubs and salons with people picking apart award-winning books. There’s always something to critique so better to use the opportunity for feedback that will actually be useful to you moving your work forward.

2. Make friends in your course, even if it’s virtual – these will be your colleagues; don’t be jealous if they hit a writing or publishing milestone before you, learn from their journey.

3. Be strategic when sending your work to agents. Don’t just send to the agents for whom everybody is vying. Look for agents who represent books you absolutely love, or who love the same books and writers you do. Often an up-and-coming agent with room on their list will not only be easier to get your foot in the door with, but will have more time for you than an agent who represents several heavy-hitters.

4. Love your characters and believe in your work and story.

Good luck to anyone who wants to be a published author and to those who already are; of course, we all continue to need it as we stumble, glide, trip and trudge on our writers’ journey. 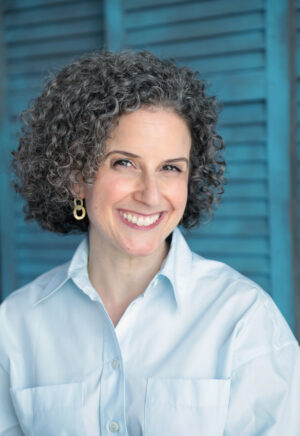 Meira Drazin is a prolific freelance writer who has published dozens of articles about parenting and topics of Jewish interest. Honey and Me – her debut novel – won the Sydney Taylor Manuscript Award, given by the Association of Jewish Libraries to an unpublished fiction manuscript with appeal to Jewish and non-Jewish readers. Meira grew up in Toronto, built an adult life in New York, and now lives in London with her husband and their four children. Learn more at meiradrazin.com.