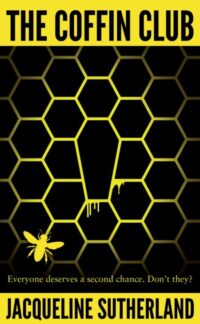 When I started on the Faber Academy Writing a Novel course, I had a dream of writing a psychological thriller, The Coffin Club. I had a definite beginning and an idea of the end. I knew the characters and their motivations. I had the bones of the book: Kat, a wealthy widow is trying to rebuild her life after the tragic death of her husband. She moves to a new area, makes a new friend and wishes to find a second chance at love and family. She joins the local group for the young and bereaved, affectionately known as ‘The Coffin Club’ where she meets the enigmatic Nico and his young daughter. All Kat’s dreams look set to be coming true. But sometimes you should be careful what you wish for.

As I sat down to write the first draft, I was probably influenced by a lot of things, including the elements of other books I loved. Authors I admired. Tricks that had kept me reading, breathlessly until the very last page.

I’d recently devoured The Woman In The Window by AJ Finn. It was still quite fresh in my mind as I started to plot. I couldn’t help but think I wanted to leave readers with the same deeply unsettling feeling of not quite knowing who to trust. Were things really as they seemed? That element of unease was something I aspired to in The Coffin Club and I had real fun creating it.

All three of my main characters are complex and three-dimensional, having both good and bad traits – just like all of us in real life. But the secret was in deciding which bits of themselves they showed and which bits they kept hidden to keep the reader guessing.

I’d also quite recently read something very moving – a novel by Anne Griffin, When All Is Said. It follows the last day on Earth of a gnarly old Irish man, Maurice, as he drinks a toast to the most important people in his life. Over the course of his final evening he recounts his life story. The beauty of the book was in the purity – Maurice talking to the dead – and I found it really touching. Characters saying things that perhaps had been left unsaid. People completing conversations they hadn’t had the chance to finish. In The Coffin Club, my protagonist Kat is a wealthy widow wrecked by the loss of her husband in a car accident. She talks to him throughout the book and I felt this bought a new dimension to both her character and the story. It bought a tenderness that’s not often found in a psychological thriller.

Finally it has to be Sarah Pinborough, Behind Her Eyes, a novel that had an ending to make you gasp. Similarly, Our House by Louise Candlish, which left you open-mouthed on the last line. I absolutely love a twist. The ability to leave the reader reeling. When they think they know everything, just show them a little something else that changes everything. I tried to incorporate twists into The Coffin Club purposefully, because I wanted to leave the reader wanting more.

All of these elements came into my writing and made the plot of The Coffin Club into a story. Hopefully, a page turner! Now I can’t wait to see it on the shelves – and then get on with book two! 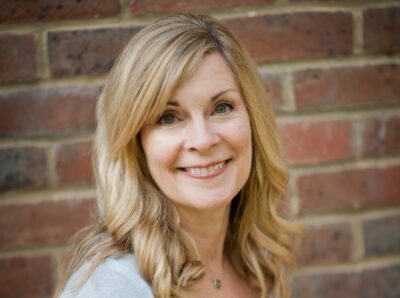 Jacqueline Sutherland worked in corporate PR and marketing for over twenty years. She began The Coffin Club on the 2020 iteration of Writing a Novel. Described as ‘Slippery as an eel… deliciously compelling’ by Sabrina Broadbent, The Coffin Club will be published by Oneworld on 7 April – order it here.