How to Write a Great Villain

Every story needs an antagonist. Sometimes, the thing the protagonist must overcome isn’t a character – it might be a system or a situation or even a quality within themselves. But more often, the opposing force that powers the plot will be another character. And whether you’re writing a crime novel, a literary thriller, a fantasy epic or domestic noir, it’s crucial to give your hero’s adversary some thought. From Mrs Danvers to Hannibal Lecter, Voldemort to Annie Wilkes, the most memorable villains stay with us because they are as complex and as carefully drawn as our main character – and without them, there is no story.

What makes a great villain?

Whether you’re setting out to create a sadistic serial killer for your detective to catch or someone with more shades of grey to them – a rival for something the protagonist wants, perhaps, who isn’t necessarily in the wrong but a force of opposition nonetheless – there are four main things to consider if you want to create the perfect villain for your novel.

Perhaps the single most important thing to figure out about your antagonist is: why are they doing the things they’re doing? Motivation is something that can make or break a novel for your reader – if it doesn’t feel believable, the story doesn’t stand up. Find the right motivation, though, and you can craft something deeply satisfying for the audience. Be warned: as tempting an answer as it might be, ‘because they’re just bad’ is rarely the sole reason people commit crimes in real life, and it’s not an answer a reader spends 300 pages to discover either. It’s important to dig a little deeper.

Their motive might be your starting point. Perhaps you already know that your antagonist is someone who is committing a crime because x happened in the past, or because y did this other thing, and now you need to build the rest of their personality around that driving desire. Or maybe you only have the image of the crime, and now you need to think about who would do such a thing, and what might drive them to it.

It’s important to also think about how you’re going to feed information about this motive to your reader. Whether you’re planning to let them in on the villain’s POV, or have them piece together the villain’s story with the protagonist, or have it revealed at the climax of the story, think carefully about how to most effectively and satisfactorily convey this information. Try and avoid the Scooby Doo style monologue at the end, where a villain expands at length about how and why they choose to commit their crimes – it’s cheating!

A good, believable motive for your villain ties in closely with their:

As many writers, including, famously, John Barth, have noted, we are all the protagonist in our own life story. Your villain does not believe themselves to be an antagonist (this does not mean they think themselves to be good, however), and will have a complex inner world just as your hero does, shaped by their history and beliefs. This history and those shaping beliefs will form their goals, and lead them to view other people and forces as antagonists in the way of their achieving them.

Backstory is related to, but not the same as motive. The same event – say, the murder of their lover – might lead two characters on entirely different journeys, depending on who they are as a person and the way in which their life experiences up to that point have led them to view the world.

Understanding where a character is coming from will help you make sure the path you’re sending them down feels right. There are lots of ways to do this work – there are plenty of character quizzes available online (ours is here), and you could also try writing a pretend Wikipedia article about them (a good way to set out the cold, hard facts about their history and personal life for yourself, without worrying about turning them into prose within the novel itself). An enneagram test (there are free versions online) can also be a good way of building up your understanding of this character’s personality and the way it makes them behave in various situations.

As well as possessing a history and inner life that makes them feel three-dimensional and interesting, your villain also needs to have:

A relationship with the protagonist

The opposing forces – the conflicting desires and goals – of your protagonist and antagonist are a crucial engine for your story. This is very rarely as simple as good vs bad or right vs wrong, and often the most interesting characters in both categories have shades of both. Think carefully about the relationship between these two characters. This is not necessarily an actual relationship – they may never have met before (and may even never meet at all) – but instead the way in which they contrast with one another. In what ways are they different – and in what ways are they not? What does the villain illuminate about our hero for us? What quality do they bring out in each other, what must our hero confront within themselves in order to defeat them?

Lastly, and crucially, the very best of villains must also have:

A relationship with the reader

As with your protagonist, consider what your villain will bring out in us, your audience. Are we afraid of them? If so, then consider how to do that most effectively – is this a murderer with an inner world that is frighteningly similar to our own, or one we fear because we don’t recognise it? Or do we simply love to hate them – can you create someone so detestable that there will be a real catharsis in finally seeing them defeated? Or (and perhaps trickiest of all), has our understanding of their backstory and motive created a space for us to not only understand them, but perhaps even secretly sympathise with them?

It’s a simple but effective technique, and it might be something you’re already doing (or planning to do) in your story: write from your villain’s perspective. This could be:

– Write about a day in their life, in their voice

Alternatively, try interviewing them: write a transcript of the conversation between the two of you.

This isn’t about writing material that will go in the novel; likely very little of it will. It’s about you trying to capture this character’s voice and put yourself in their head, to clarify and expand on the four areas above. Good luck and enjoy – sometimes it’s fun to be bad . . .

Making the Most of Your Writing Time Read More 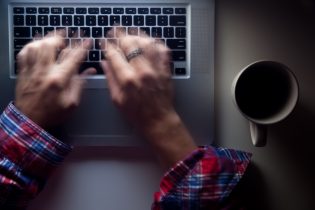 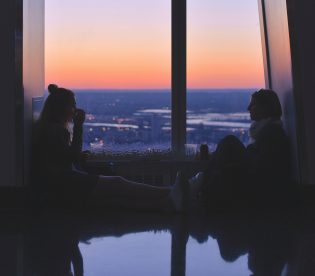