Fantastical Worlds and How to Write Them

Writing is hard enough at the best of times, isn’t it? You have to forge characters, hammer out a plot, painstakingly etch out tens of thousands of words. And when you’ve done that, you’ve got to edit them all, often many times over.

Every genre has its specific challenges, but my preferred poison is fantasy. Creating an entirely new world, subject to its own rules, laws and history, can be incredibly intimidating. It’s one of the reasons why it took me nearly a decade to finish Midnight’s Twins, a YA fantasy set between our world and the dream world.

From the start, I knew that I wanted the dream world to be a magical alternate universe; one where unicorns grazed in Richmond Park, where subconscious fears would take tangible form; and where being killed in our nightmares would mean dying in the real world too.

But I knew I’d have to do a lot more world-building if my dream world, Annwn, was going to feel believable. I spent long nights poring over my favourite fantasy books, trying to work out how the authors made their worlds feel rich, relatable and unique. It took me ages to figure out that I shouldn’t be trying to create my world independently of the rest of my book. The best fantasy stories – just like non-fantasy – have plots and characters that are interwoven with their worlds. You couldn’t have one without the other two; they work together like a Rubik’s cube – sometimes you need to shift a line of red to make all the blue come together.

Here’s a few tips that I picked up in those ten years. If you’re stuck on your fantasy, I hope you’ll find them helpful!

We all want our stories to be original, but it’s easy to forget that relatability is just as important. Without that, a reader won’t be able to sink into the story. Look at almost any fantasy novel and you will see that there’s always at least one recognisable element. Philip Pullman hangs the world of His Dark Materials off ideas of faith, souls and redemption. Jordan Ifueko’s Raybearer is inspired by West African mythology, while Natasha Ngan’s Girls of Paper and Fire series is based on Malaysian folklore. Perhaps there’s a particular story you’re passionate about – one that could give you the bones of a plot or a world to flesh out with your voice. A Throne of Swans by Katharine and Elizabeth Corr is based on Swan Lake, for example, while Dangerous Remedy by Kat Dunn is a retelling of Les Miserables. Maybe you’re more interested in a particular historical period, as in A Song of Ice and Fire.

With Midnight’s Twins, I turned to my childhood love of Arthurian and Celtic folklore and my teenage interest in The Faerie Queene. Suddenly my world had a millennia-old history, a hook that readers would instantly recognise, and a vocabulary borrowed from Old Welsh.

Don’t be afraid to mine your own interests for material for your world building. It won’t make your work feel derivative. Instead, it will give readers something satisfying and recognisable to cling onto.

Plot, character and world are – or should be – intertwined with each other. When you’ve got the balance between them right, you shouldn’t be able to pull on one thread without unravelling the other two (yes, this does make editing very tricky indeed – a game of constantly moving parts!)

My favourite example of this is a very short book called Clockwork by Philip Pullman. It’s set in a dark, steampunk world, following three storylines: a king who will do anything to keep his ailing son alive; a clockmaker’s apprentice who is out of time to create his masterpiece; and a warm-hearted barmaid who will give anything to keep a dying boy alive. As the title suggests, each of these storylines is a cog in a beautifully engineered story machine, although it isn’t until the final scenes that we start to understand just how cleverly interconnected those mechanisms are. I would highly recommend reading it, if you haven’t.

How does knowing this make world-building easier? Well, it means that if you get stuck on one element of your story, it can often help to look at another element instead. If you feel more confident with your characters, then use them as the way into your world. For example, in Bex Hogan’s Viper, the heroine Marianne has been brought up believing that she is heir to a great pirating legacy. Most of the main cast of the novel are pirates as well. It stands to reason, then, that the world of Viper is largely maritime. Thus, Marianne’s father is the leader of a pirating force that terrorises the seas surrounding an archipelago. There would be no point in Marianne being heir to a force that oversees a tiny, insignificant ocean. In creating a watery world where control of the seas means control of an empire, Bex has effectively raised the stakes for Marianne to their highest point.

Similarly, when I realised that my ‘villain’ wasn’t quite working, I stopped thinking about the character and turned to the dream world. What was the worst thing that could happen to that world? Bingo – I had my villain’s master plan.

Write the story first, not the world

Sometimes it’s tempting to dive head-first into your new world and try to work out every detail before you start to write. Some writers might find that exciting. Some might find it overwhelming. I vary between the two, depending on my mood. But I’ve always done my best world-building when I’ve been focused on writing the book.

Like any theoretical structure, unless you’re a master engineer it’s difficult to know for sure that something’s going to work until you actually make it. You might think that you’ve got a brilliant, fantasy solution for something in your world, but you may find that when you actually come to write it, it doesn’t really work. My dream world is powered by imagination, and at first I designed three different kinds of ‘inspyre’, as it is known. When I was writing it, though, it became clear that having three distinct types was far too confusing! It was a bitter pill to swallow because I had spent quite some time working out the purposes of the different inspyres, and even longer picking out names from an Old Welsh lexicon. But in streamlining the world, the story became a lot easier to follow.

Try to resist the temptation to figure out every detail of your world before you start writing. As much as anything, it’s easy to use world-building as a form of procrastination – it may feel as though you’re ‘writing’, but you’re not really! Go in with some ideas, of course, but be willing to troubleshoot on the fly.

Resist the urge to show us everything

This is less of a problem in adult or high fantasy, where longer word counts are the norm and a slower pace is expected, but in YA fantasy where a quicker pace is demanded, it’s impossible to show all the facets of a richly conceived world in a maximum of 100,000 words. That may seem like a lot of words when you’ve only got 10,000 in the bag, but it’s nothing when it comes to fantasy! At one point Midnight’s Twins ballooned to 140,000 words because I wanted to show as much of Annwn as possible – it was very painful cutting nearly a third of the novel!

Try to restrict yourself to only showing the parts of the world that your characters need to encounter for the plot. Don’t be tempted to take them on a superficial journey just to show off your world, either. That doesn’t mean that you can’t hint at a wider world in passing conversations or comments – those moments are always a delight to read because they reassure the reader that you know your world inside-out. You can always explore it more in a sequel – or leave it to your readers’ imaginations. It’s the literary equivalent of showing a little ankle.

Check your cogs are working

Once you have your first draft, do what all the books and blogs and writing coaches tell you to and put it away for a few weeks. When you re-read it, make sure to pay attention to the world when you make your notes and start to edit. It can be really easy to forget about this element because most of the time it’s in the background – it’s part of the scenery by its very nature.

Pay attention to whether the elements you were proud of are really working or whether they’re extraneous to the action. Ask yourself whether you needed to take us to that new setting or whether you only took us there because it’s really cool – if you realise it’s the latter, don’t necessarily cut it! Think instead about whether there’s a way of integrating that setting more into the scene – can you make whatever’s happening integral to that particular place? In the sequel to Midnight’s Twins, I wanted to show more of the dream world, so I made my character uncover something that had wider implications, necessitating a ‘tour’ of the country. In The Hunger Games, we only ever hear about the other districts. In Catching Fire, Suzanne Collins is able to show us the districts through the victory tour – and gives it a deeper purpose by showing the start of the unrest in Panem.

That’s it! Those are my top five tips if you’re stuck on your fantasy novel. Fantasy can be a really tough genre to write, but when you get the world, character and plot working in unison, it’s also one of the most satisfying. Good luck in your quests, and may all your plot dragons be friendly!

Holly Race is now a full-time writer, but she used to work in TV and film script development, for companies like Red Planet Pictures, Aardman Animations and Working Title. She is a graduate of our Writing a Novel course, and Midnight’s Twins is her debut novel and the first in a trilogy. Holly lives in Cambridge with her husband and daughter. In her spare time, she enjoys baking, trying not to kill plants, and travelling to far off places at short notice.

Midnight’s Twins is published by Hot Key Books and is available in paperback and ebook now.

The Different Types of Editing – and How to Tackle Them

It's time to edit your novel – but what does that even mean? Here's our guide to 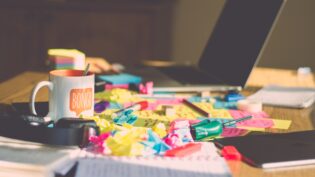 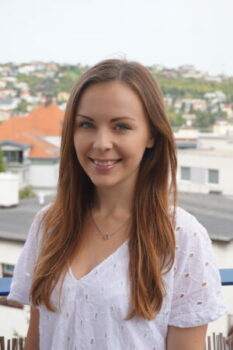 Developing Characters During a Draft

Started a draft but unsure who your cast are yet? Here are some of our favourite exercises 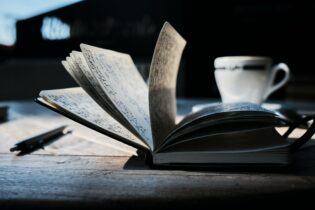