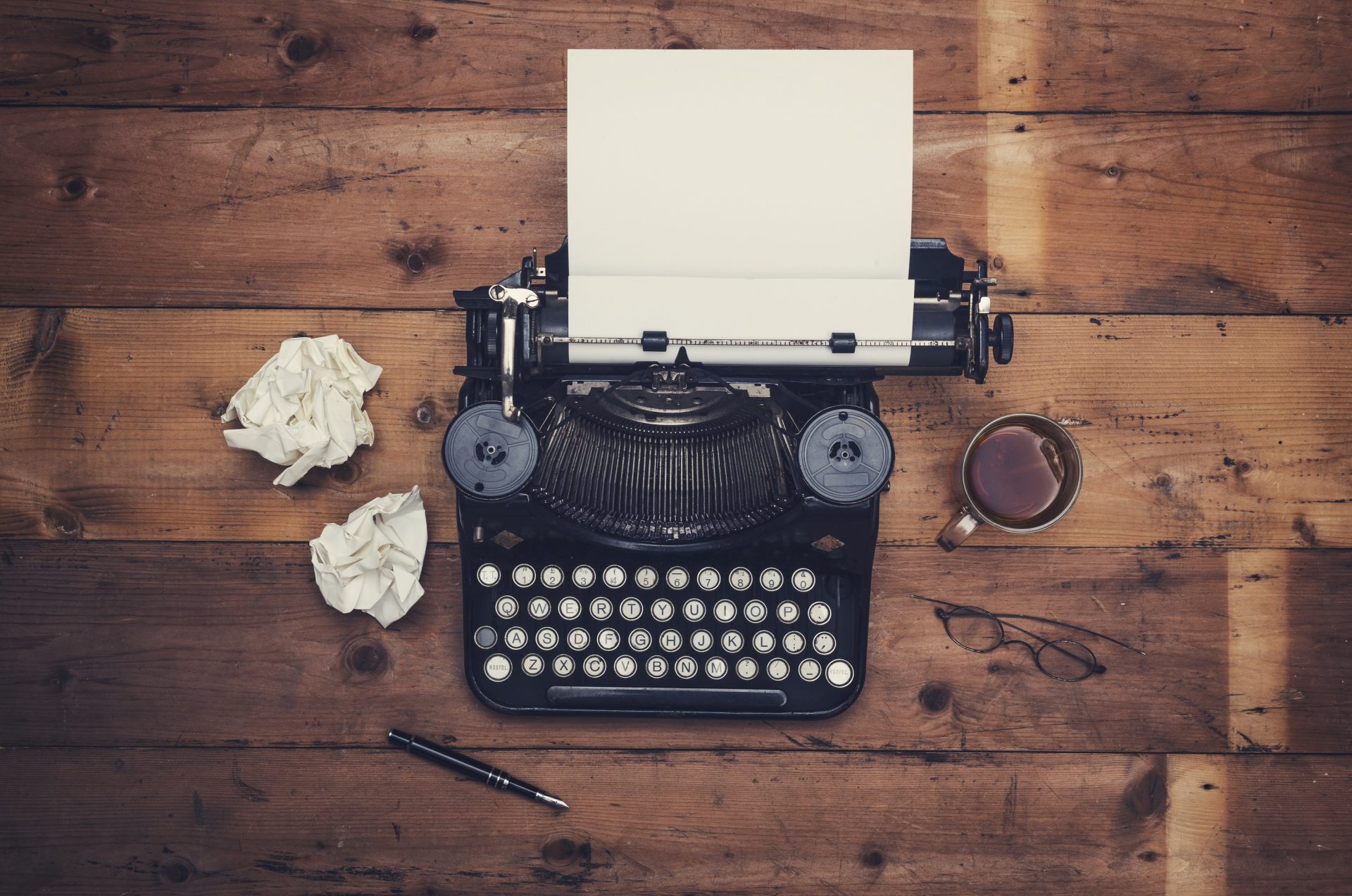 Alumna Louise Morrish on the call that kickstarted her writing career

I’m in the toilets at work, washing my hands, when my mobile rings, startling me. Shaking my fingers dry, I scrabble about in my bag, but the number on the screen is unfamiliar. Can I be bothered to answer what’s sure to be a crank call?

‘Good afternoon!’ A woman’s voice I don’t recognise. ‘Is that Louise Morrish?’

‘Speaking.’ I wince a bit at how terse I sound. Suspicious. Borderline rude.

‘You must be over the moon, Louise…’ The woman sounds breathless. Odd.

‘Congratulations!’ The line crackles; the signal is notoriously ropey in the staff loos.

‘Um, who did you say you were again?’

‘The actual newspaper?’ The cogs of my mind are slowly turning.


Realisation gradually dawns. This isn’t a crank call. My knees soften, and I desperately cast about for a seat, but there are only sinks and toilet cubicles. I pray my manager doesn’t burst in while I’m illicitly on the phone to Lorraine. 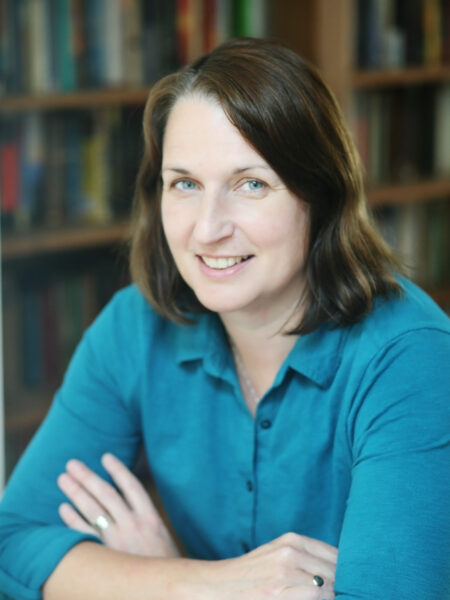 This is a call I never thought would come. More than two weeks have passed since Luigi Bonomi, a London literary agent, phoned me, shaking up my staid little life in the Shire with the news that I’d reached the final shortlist for the 2019 Penguin Random House/Daily Mail First Novel Competition. They’d received nearly 5000 entries, Luigi told me, and my chapter was one of the last six in the running. Century publisher, Selina Walker, authors Fern Britton and Peter James, and various other publishing bods would be voting on an overall winner within a matter of days, and Luigi would be in touch to let me know if I’d won.


But this isn’t Luigi. It is Lorraine.

‘Maybe I shouldn’t…’ Lorraine hesitates. ‘The agent hasn’t rung you?’


With those few words, my world is utterly changed. When, a few minutes later, Luigi Bonomi calls with the official news, my heart is beating arrhythmically, I’m pale as the porcelain sinks, and the urge to scream is almost overwhelming.


This wasn’t a fever dream.


This wasn’t some story in another writer’s book.


This was a wish come true, at long last.

I’d been writing, in secret, since my teens. Of course, I never conceived I’d be published, never considered ‘author’ as a viable career. Why? It just wasn’t an option in my world, with zero contacts in publishing, and little confidence.


But I devoured books, read constantly, even chose my career as a librarian for the sole reason that I (mostly) preferred books to people. Or at least felt more comfortable with books a lot of the time.


For years I’d written in the shadows, snatching five minutes here, half an hour there, fitting it in around work and raising a young family, chasing a sleep-deprived dream. Time passed, and my children grew older, slept longer, gradually became more independent. Until, in 2012, I finally decided that if I was ever going to finish the novel I’d started multiple times but never reached the end of, I needed help.


It was the cost of a family villa holiday abroad. My husband, sick of my whinging, agreed to sacrifice any chance of guaranteed sun, and I signed up, before either of us could change our minds.


Little did I know it, but that decision was the first step on a long journey, leading to, amongst other things, that phone call from Lorraine in the toilets, seven years later.

I finished the Faber course, and largely due to the support of other writers on the course, I finished that first novel. And like so many would-be authors, I thought I was ready to submit my work to agents. I also made the classic rookie mistake of telling people I’d written a book.


The rejections began to roll in; always polite, sometimes constructive, very occasionally hopeful. I kept writing, completing the draft of a second historical novel, and then a third, and the years ticked by, my children reached the cusp of adulthood, and still I was chasing my sleep-deprived dream.


I can’t deny it was hard, and by the time of the Penguin competition, I’d near enough given up all hope of seeing my work in print. Which is why I didn’t tell anyone, not even my husband, that I’d entered the Penguin competition. As soon as I’d posted my synopsis and first chapter off to the competition address, I put it out of my mind. Entirely.

More surprises were to come. Once the shock had settled, I travelled to London to meet Selina Walker, now my editor, and Luigi Bonomi of LBA Books, now my literary agent. That day, I began to keep a diary, just so that I could look back on this incredible experience and remember.


Working under Selina’s expert, patient supervision, I was introduced to the hitherto mysterious publishing world, and the fascinating editorial process. Beginning with structural edits, chapters were re-arranged, cut and added; line edits stripped away all superfluous similes, metaphors and flowery language; copy edits highlighted gaping plot-holes and redundant characters; proof edits picked up so many typos, grammatical mistakes, and weirdly, the multiple use of the word ‘waddle’. Experts in war history and SOE were consulted, historical tomes and archives were pored over in libraries, various locations were visited. I even swallowed my terror of heights and forced myself to jump from a plane (with a parachute) in the name of research…


And then at last, after decades of scribbling, and nearly three years after that phone call in the toilets at work, Operation Moonlight will be published.


Books are portals to another world, another time, another life. Every writer knows this to be true. For years, I’d dreamed of creating my own portal, transporting me from ‘aspiring’ writer to ‘published’ writer. And now, at last, I have. 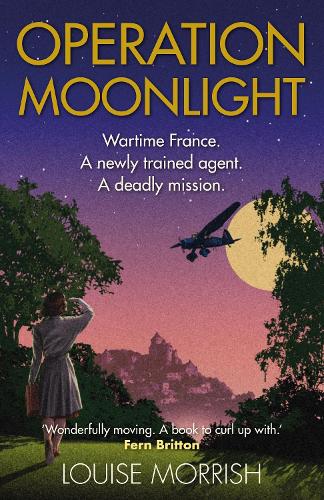 Louise Morrish is a librarian whose debut novel won the 2019 Penguin Random House First Novel Competition in partnership with the Daily Mail. She finds inspiration for her stories in the real-life adventures of women in the past, whom history has forgotten. She lives in Hampshire with her family.


Operation Moonlight is published by Cornerstone on 21 July. Order it at Waterstones or on Amazon, and catch up with Louise’s news on her website.


Louise is an alumna of our Writing a Novel (Online) course.