Just before Christmas, we ran a week-long writing clinic on Twitter, where our tutors answered your writing questions every lunchtime. The conversations proved so interesting and informative, we decided to share them here.

In the last of the series, we chatted to Nikesh Shukla about persistence, pandemics and Zack Morris:

FA: Welcome, Nikesh! Our first question is an interesting one – I know a couple of writers who are struggling with something similar at the moment: ‘I’m writing (or I was!) a novel about a pandemic – will anyone want to read it now?’

NS: Is it good? If it’s good, write what you want? I suppose writing about this specific pandemic we’re in is a bit hard. It’s all still unfolding. I still feel like we’re in the first five minutes of a pandemic film. But the general rule is… make it good! Make sure the characters are compelling and the writing is excellent and all the rest of it. I mean, how many people watched Contagion and re/read Station Eleven Mar–May this year?

NS: I didn’t watch Contagion but I did re-read the opening of Station Eleven. What an incredible book. I can’t wait for the HBO miniseries.

FA: Yes! I’m so excited for it… Covid is definitely not ruining that for me!

FA: But yes, I definitely still have that first-five-minutes feeling. It’s also tough for writers working on anything contemporary, isn’t it? Do you start getting your characters talking about covid, social distancing etc – or do you move the whole novel back to 2018/19… Has it affected your fiction so far?

NS: Yeah it’s a good question. I don’t know the right answer to it, I’m afraid. That’s why I went with the whole… make it good, approach. Cos if it’s good, you can do what you want? I don’t know how to write fiction set now right now. Mostly because we’re still in it. I feel like I need time and space to reflect and see the change and how it impacts our behaviours. I was writing a novel at the start of lockdown and basically set it in 2019 because it was about summer. And this summer was not summer.

FA: I think that’s the perfect approach. Some people will be able to lean in to capturing this moment and make something absolutely great whereas it’s not going to excite/interest some writers, is it. I’ll happily read covid novels when they start appearing… But am also looking forward to some fictional versions of 2020 where it never happened at all.

NS: Yes, here for alternative 2020 timeslip novels. I remember reading a proof of Caleb Azumah Nelson’s excellent debut, Open Water, this summer, and it’s a brilliant exploration of love. There are two or three scenes that take place in a club: a sweaty, dark, beautiful, throbbing club, filled with bodies and music and I remember thinking, ‘This is what I want to be reading. I don’t want to read about facemasks and panic-buying toilet paper. I want to read about the things that bring us together.’ That book is so good. It’s out in February.

FA: YES. So much this. That sounds brilliant.

*disappears briefly to pre-order it…*

Okay, let’s move on to our second question: ‘I’ve had the dreaded feedback that my main character isn’t likeable… does it actually matter? And if it does, how do I fix it?!’

For me, a good complex interesting character is one who is neither the shiny goodie super likeable two-shoes or the out and out baddie. Zack Morris in Saved By The Bell did some shady stuff to get what he wanted, and he was the hero. Was he always likeable? I rewatched The Prestige last night and neither Borden or Angiers are likeable. They are both monsters ruled by their egos. But what it compels them to do, how they act, how they strive for what they want and how they ‘get their hands dirty’ is interesting and compelling. The feedback I hate more than likeability is ‘relatability’. When someone says they didn’t relate to a character as part of their feedback, I always find it useless. Relatable to who? Who decides what relatability is? Or likeability for that matter. A good character should be somewhere between likeable and unlikeable and be complex enough to shift between those two binaries. And in surprising ways.

Also, this is a good shout – from @Fergie_Kate: ‘An agent explained to me that a character absolutely doesn’t have to be likeable, but they do have to be interesting enough in some way that a reader wants to spend time with them and learn more about them. That really helped me when thinking about how to re-write a character that wasn’t quite working and everyone was just saying, “I hate him”.’

FA: Yes that’s a really great way of thinking about it, isn’t it – there are characters I’ve loved spending the course of a novel with when I definitely wouldn’t want to hang out with them in real life.

NS: Yeah, ‘people I’d go for a socially distanced pint and substantial meal in tier 2 with’ does not make for compelling characters.

FA: That does sound quite soothing though… maybe this is the novel I actually need to read right now?!

NS: What’s your favourite pub/cafe/restaurant scene in a novel?

FA: Ooh great question… Sweetbitter springs to mind. There are some good ones in Such A Fun Age too. I need to think more about my all time favourite! Have you got one?

NS: Currently, Open Water… I loved that book. I’ve thought about it deeply for months.

Okay, next one: ‘This might sound like a stupid question, but how do you know when an idea is a novel? I’ve written short stories before and I have an idea that I’d like to write something longer with – but I don’t really know where to start!’

For me, it’s quite unknowable and the journey of discovery is part of the process. I guess, I don’t start out with my ‘this is my novel’ cap on. I write and I think and I try to find ways to get to know the characters and the more I obsess over them and the more they interrupt my thoughts, the more I know how much time I want to spend with them.

FA: I love that. Moving speedily on to one last question before our time’s up: ‘My novel has been turned down by several agents. I do believe in it but my confidence has taken a knock and I’m not sure what to do. How do you know when to keep going and when it’s time to move on to a new idea?’

NS: Time is your friend. Take a step back. Don’t work on it. Maybe work on a short story or an essay. Read some stuff, watch some stuff. Come back to it. Read it through. If you can print it out or put it on a tablet, read it through as a book. Sit with it after you’ve finished. Write yourself a letter: what is good about it, what’s working, what’s sacred, and what needs to be worked on. Do that edit. You’ll be amazed how time allows us to see the things we’ve still to do. Editing takes many attempts, many passes. And that’s ok. You spent ages writing the first draft. Don’t try and get it off your desk too quickly. Take the time to ensure you’ve done everything you need to!

FA: This is such wonderful advice, thank you. I love that letter idea. I’m going to try that myself! 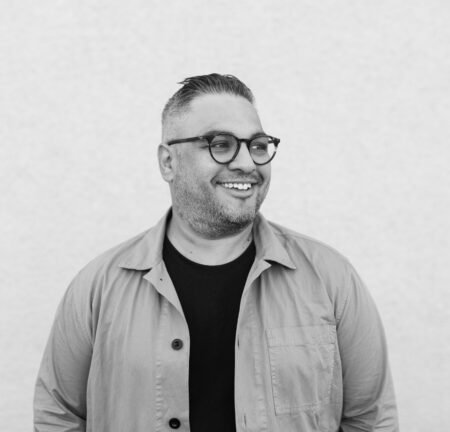 Nikesh Shukla is an novelist and screenwriter. He is the author of Coconut Unlimited (shortlisted for the Costa First Novel Award), Meatspace and the critically acclaimed The One Who Wrote Destiny. Nikesh is a contributing editor to the Observer Magazine and was previously their columnist. Nikesh is the editor of the bestselling essay collection, The Good Immigrant, which won the reader’s choice at the Books Are My Bag Awards. He co-edited The Good Immigrant USA with Chimene Suleyman. He is the author of two YA novels, Run, Riot and The Boxer. Nikesh was one of Time Magazine’s cultural leaders, Foreign Policy magazine’s 100 Global Thinkers and The Bookseller’s 100 most influential people in publishing in 2016 and in 2017. He is the co-founder of the literary journal, The Good Journal and The Good Literary Agency. Nikesh is a fellow of the Royal Society Of Literature and a member of the Folio Academy.

Nikesh is a tutor on our six-month Writing a Novel course – more information here.